Wintergewitter is the shortest scenario of CoW-Stalingrad : only 2 Army Groups, and 4 operations to manage. Its duration is 4 turns and it can be played in 20-30 minutes.

I hesitated before including such a small scenario, but the situation was too interesting not to do so. Also, that scale is perfect for playing during any boring remote video-meeting (just turn off the sound)

The situation at start

The 6th Army is trapped in the Stalingrad pocket, and is supplied by air. The soviet forces tried to reduce the pocket but the entrapped german forces were too strong. The 6th army is now too low on ammunition to try to escape the pocket by its own means. Also, Hitler ordred that Stalingrad was not abandonned.

General von Manstein gathered some troops to rescue the 6th Army but the forces at hand are far from sufficient. The Soviets are pilling up new units in the Italian held sector of the Don River, and the 5th soviet Tank Army is attackind hard across the Chir River.

Can you deliver the 6th Army before the total collapse of your defensive lines ?

There is not much you can do here. I suggest you spend none of your precious command points here. The soviet forces have to refit after their last assault, so you can expect one or two quite weeks here.

The soviets have here only a depleted army : you can certainly crush it with ease, but can you pierce to the pocket before the soviet sends in reinforcements ? Probably not… The romanian forces here are not totally useless : they can progress, scout and even finish a disorganized soviet army. What you are lacking here is a good infantry army to make the initial attack.

Your panzers did a great job to slow the soviets in the Chir area. But your forces are now tired and depleted. The ennemy will probably try again to pierce your defences here. This operation is also the link between the Wintergewitter operation and the Italian sector : from here you can send reinforcement to either one of this two other operations.

Well… The soviet is preparing something here… The Italian army is strong enough to offer some resistance, but its weaponry is obsolete. With one command point here, the Italians won’t be able to resist a massive soviet offensive. It seems we are on the eve of such an offensive.

You Win points if you hold the Chir River (3), if You hold the Donetz river (2) and if you rescue the Stalingrad pocket (5). You also earn points if your your losses are low and if the Axis alliance score stays above 25.

You have a real problem here : your Romanian and Italian units are fragile : every time one of this units is destroyed, your losses raise and your Axis cohesion score drops. If you are not able to preserve these units, you may lose some easy to earn victory points…

The easy victory : containing the soviet on the Chir and the Don

If you hold the Chir and the Donetz, you earn 5 points : You will only miss 1 point to score a victory. To be sure to get that result, you will need to choose to support Army Group B when Saturn is launched (This is done by an event choice). The Italians correctly supported will be able to slow the soviets (at least during this scenario). If things are getting bad, you can send them the panzer unit fighting on the Chir river, call off Wintergewitter and use the rescuing units to stop the soviets.

The major victory : rescuing the pocket

This can be done, but you will need luck and soviet mistakes. They are two ways to reach the pocket : from the Aksay (Wintergewitter operation) and from the Chir. You may try to alternate those two approaches to lure the Artificial Intelligence about your main axis of progression.

Any delay or bad timing and the soviets will stop you cold with reinforcements. Your chance is that if you are playing versus the AI, your opponent will play like if the scenario is longer : it sometimes may ignore (even if rarely ) your attempt to get to Stalingrad from the Aksay to concentrate its attention on the Chir River and the Saturn operations.

This is because in case of success, the soviet would be in position to cut the entire Army group A from its supply bases : the relief of the Soviet pocket would become meaningless in that case.

Whatever the strategy you will choose, you will have to adapt during play to the soviet actions because in this scenario, you clearly have lost the initiative.

Get yours from Steam 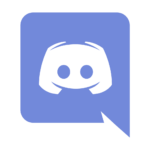